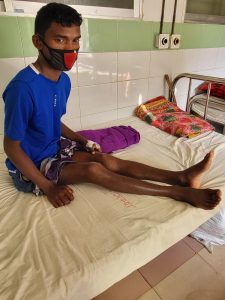 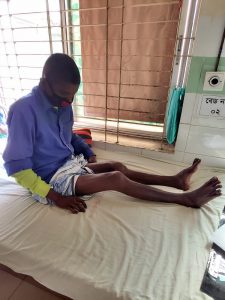 What Is Hemophilia A?

Hemophilia A, also called factor VIII (8) deficiency or classic hemophilia, is a genetic disorder caused by missing or defective factor VIII (FVIII), a clotting protein. Although it is passed down from parents to children, about 1/3 of cases found have no previous family history.

According to the US Centers for Disease Control and Prevention (CDC), hemophilia occurs in approximately 1 in 5,617 live male births. There are between 30,000 – 33,000 males with hemophilia in the US*.  More than half of people diagnosed with hemophilia A have the severe form. Hemophilia A is four times as common as hemophilia B. Hemophilia affects all races and ethnic groups.

Learn more about how blood clots at NHF’s Steps for Living..

The Genetics of Hemophilia

What are the Symptoms of Hemophilia A?

People with hemophilia A bleed longer than other people. Bleeds can occur internally, into joints and muscles, or externally, from minor cuts, dental procedures, or injuries. How often a person bleeds and the severity of those bleeds depends on how much FVIII a person produces naturally.

Diagnosis of Hemophilia A

Doctors will perform tests that evaluate how long it takes for the blood to clot to determine if someone has hemophilia. A clotting factor test, called an assay, will show the type of hemophilia and the severity, or how much clotting factor the person produces on their own.

For girls, it often takes seeing worsening of symptoms for the diagnosis process to begin. Most girls are not tested for hemophilia before puberty. Heavy periods are a symptom of a bleeding disorder in women and girls. If there is a known family history, it is important to monitor for symptoms. It is recommended that women who have a family history of hemophilia get tested before getting pregnant, to help prevent complications during childbirth.

The best place for patients with hemophilia to be diagnosed and treated is at one of the federally funded hemophilia treatment centers (HTCs) that are spread throughout the country. HTCs provide comprehensive care from skilled hematologists and other professional staff, including nurses, physical therapists, social workers and sometimes dentists, dieticians and other healthcare providers, including specialized labs for more accurate lab testing.

Find a hemophilia treatment center near you.

How is Hemophilia A Treated?

Most treatments for hemophilia A focus on replacing the missing protein, FVIII (8), so a person can form a clot, and so reduce or eliminate the bleeds associated with the disorder. Treatments that work to prevent bleeding through new mechanisms have recently come to the market or are in clinical trials. People with hemophilia A have several different medication options for treatment.

Learn about treatment options for hemophilia.

Living with Hemophilia A

There’s a lot to know about living with a bleeding disorder like hemophilia A. Visit NHF’s Steps for Living to explore resources, tools, tips and videos on living with hemophilia A through all life stages. Organized by life stages, Steps for Living provides information on recognizing the signs of bleeds in children, help on navigating school issues, how to exercise safely, helping teens manage their bleeding disorder, information on workplace accommodations, and much more. There are downloadable checklists, toolkits, videos, and more.

Explore NHF’s Steps for Living to learn more about living with hemophilia A.

*”Occurrence rates of haemophilia among males in the United States based on surveillance conducted in specialized haemophilia treatment centres,” Soucie et al.